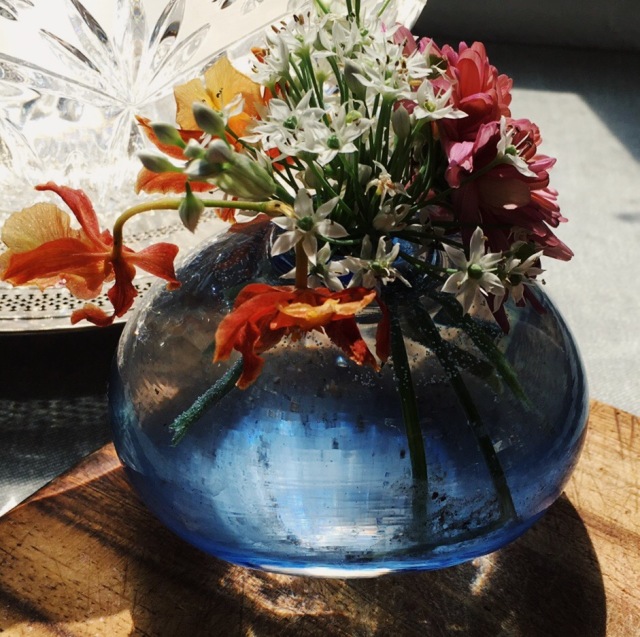 Thanksgiving is the best holiday. It’s based on a cardinal virtue — gratitude — and expressed with a deadly vice — gluttony. What could be better?

The other holidays have been largely corrupted by overkill and greed. But it’s hard to commercialize a day given over to a set menu, shared with friends and family and blessed by low expectations. You cook. You give thanks. You eat.  You can’t sell much more than fancier versions of a basic set of ingredients.

My memories of Thanksgiving are mostly warm and tinted with pumpkin-colored hues, as you’d hope. My family didn’t have the clichéd drunken uncles or political battles. This was despite having a divided group of people. One of my grandmothers believed FDR was Satan incarnate. The other revered him. For her, Eleanor Roosevelt was a saint.

Both of them shared exquisite manners — the kind of courtesy that would nip off any hot-headed debate in the bud. As a snotty teenager, I’d try to goad my conservative grandmother, but she mostly did not take the bait.

One Thanksgiving during my college years yielded a small epiphany. My parents liked to invite strays over to join us. That year, two French students took their places at the groaning table for their first, true, red-blooded, full-on American Thanksgiving.

Thierry had hazel eyes and olive skin, and, then, thick, dark hair. His Gallic good looks were complimented by his purring, heavily accented baritone voice. Think of Louis Jourdan’s, but pitched about an octave lower.

Now, Theirry hadn’t struck me as any kind of dreamboat French dude. He was eccentric and maladroit, an engineering student who talked about Napoleon too often, who played obscure operas by Handel, who drank too much and danced by himself in clubs.  A fascinating character, but awkward and without a girlfriend.

Yet, when Thierry sashayed into my parent’s house and presented my mother with a bouquet as big as his torso, as well as a magnum of champagne, then bowed and murmured a thank you for the invitation . . . .

Three women swooned. My aunt, my mother, and my grandmother flushed, blossomed, and fluttered. I’d never seen any of them act that way, and, frankly, it grossed me out a little. My mother seated Thierry between herself and my aunt. I’d never seen Aunt Helen as animated and quick to laugh.

And I realized: my aunt, my mother, and even my grandmother were actual people. Women. Women who had pulses that could be fluttered. Women who liked masculine attention.

In my monumental and adolescent self-absorption, I’d failed to notice this simple and obvious fact. It hadn’t occurred to me that they had lives outside the role they played in my life. Sure, I’d experience that strange feeling you have when my parents talked about their youths, the time before I showed up.

To know them as flesh and blood, as individuals with desires and emotions outside of my ken, well, that was a revelation. Admittedly, late. But it’s an insight I’m grateful for.

Happy Thanksgiving to you and to the families in your lives.

And thank you for visiting.